A look at the facts:

Help people in need OR get help.

How to Buy American:

Tired of Our World ?

War Against the (Pedophile) Networks: 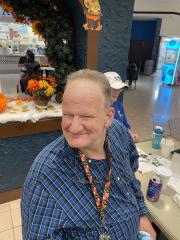 "The richest person is the one who is contented with what he has." ~Robert C. Savage

Neuroscience Says Doing This 1 Thing Makes You Just as Happy as Eating 2,000 Chocolate Bars
It also gives you the same neurological boost as receiving $25,000.   By:Melanie Curtin
( 8/29/17 )

Wanting to be happier is a universal trait. It's rare to find a person whose reply to, "How would you like to feel today?" is, "Morose, please."

The scientific study of happiness (aka positive psychology) has mushroomed over the last two decades. Major research institutions have taken on substantial and often
thought-provoking forays into the joy of joy, with surprising and often enlightening results.

One such study took place in the UK, where researchers used electromagnetic brain scans and heart-rate monitors to generate what they called "mood-boosting values" for
different stimuli. In other words, they had participants do, look at, or listen to different things, and measured how happy it made them.

One thing trumped all else. It emerged as giving participants the equivalent level of brain stimulation as up to 2,000 chocolate bars. It was just as stimulating as
receiving up to $25,000. What was this magic stimulus?

Smiling, as it turns out, has truly remarkable effects. First, doing it actually makes you feel good even if you're not feeling good in the moment. A 2009 fMRI study
out of Echnische Universität in Munich demonstrated conclusively that the brain's happiness circuitry is activated when you smile (regardless of your current mood).
If you're down, smiling actually prompts your brain to produce feel-good hormones, giving credence to the adage, "fake it til you make it" when it comes to your
state of mind.

Smiling is also a predictor of longevity. In a 2010 out of Wayne State University, researchers looked at Major League baseball card photos from 1952. They found that
the span of a player's smile actually predicted his lifespan -- unsmiling players lived 72.9 years on average, while beaming players lived a full seven years longer.

Similarly, a 30-year longitudinal study out of UC Berkeley examined the smiles of students in an old yearbook, with almost spooky results. The width of students'
smiles turned out to be accurate predictors of how high their standardized tests of well-being and general happiness would be, how inspiring others would find them,
even how fulfilling their marriages would end up. Those with the biggest smiles came up on top in all the rankings.

Finally, research demonstrates that when we smile, we look better to others. Not only are we perceived as more likable and courteous, but those who benefit from our
sunny grins actually see us as more competent (something to keep in mind while giving presentations or interacting in the office).

Want to know where you stack up when it comes to smiling? Know this: under 14% of us smile fewer than 5 times a day (you probably don't want to be in that group).
Over 30% of us smile over 20 times a day. And there's one population that absolutely dominates in the smile game,

Seems like something to smile about. This article was originally published on August 29, 2017, by Inc., and is republished here with permission.

Copyright © 9/03/11 AKA_"Answers".(Since 3/99) All Rights Reserved.
Was: DoGooder.com (No Paid ads on this Site)
*Disclaimer:Information provided in good faith-We believe all info. to be correct:

But except no responsibility for the info. or how you use it.